In 1935 a very special airplane was commissioned by Pan American Airlines. On its first commercial flight it became the first trans-pacific airmail and passenger service. She was the China Clipper, the first of three M-130’s built. 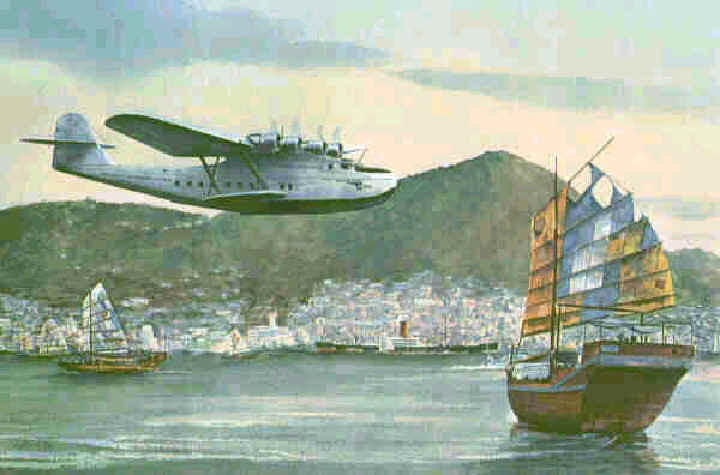 The mood of the country was in transition. The boom of the twenties had collapsed into the depression. The country was still riding the euphoria of the Lindberg flight. Aviation was considered the new frontier. At the same time the winds of war were in the air in Europe and Asia. Aviation technology would take a major jump with the war effort, but in the early thirties the technology was still being invented. For instance, the China Clipper was the first commercial aircraft to use the twin radial engine called the wasp. It was also the largest US aircraft when it was commissioned.

Prior to WWII there were very few airports capable of the loads of a large transport plane. This is why the passenger planes of the era were seaplanes. The travel time to the Orient was reduced from over two weeks to five days. The US subsidized these flights with airmail. The Martin aircraft company designed and built three M-130 aircraft to Pan Am specs.

Unique design and use of aluminum. Water wings and double step hull. 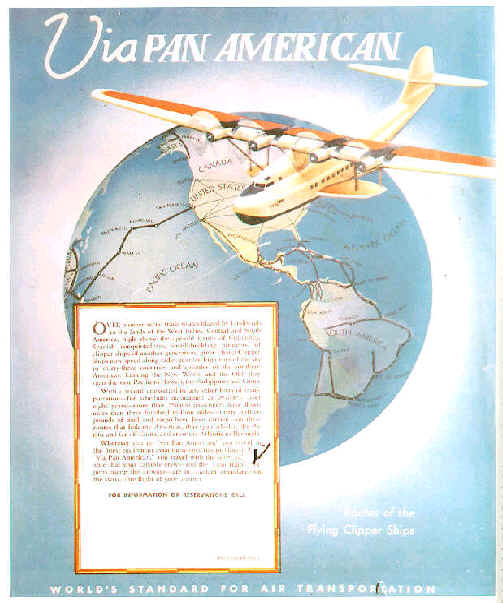 Pan American Airlines was the brain-child of fighter ace, race car driver, and entrepreneur Eddie Rickenbacker and General Hap Arnold, father of the army air corps and later the US Air Force.  Arnold saw that the important trans-oceanic air routes were all covered by French, German, and Italian airlines, but no US carriers. The airmail subsidy was the means of funding. But it was a man named Juan Tripp who was the visionary for world travel. Under his command as president of the airline, in just a few years Pan Am became the global leader in scheduled trans-oceanic flight.

Or check-out the permanent Pan Am display at the Smithsonian Institute’s Museum of Aviation and Space in Virginia right outside of Washington, DC.

In May of 1937, Harold Clarence Carter, while in the US Navy, photographed the Pan Am clippers at Pearl Harbor. Through the generosity of his family, these previously unknown photographs are published here for the first time: 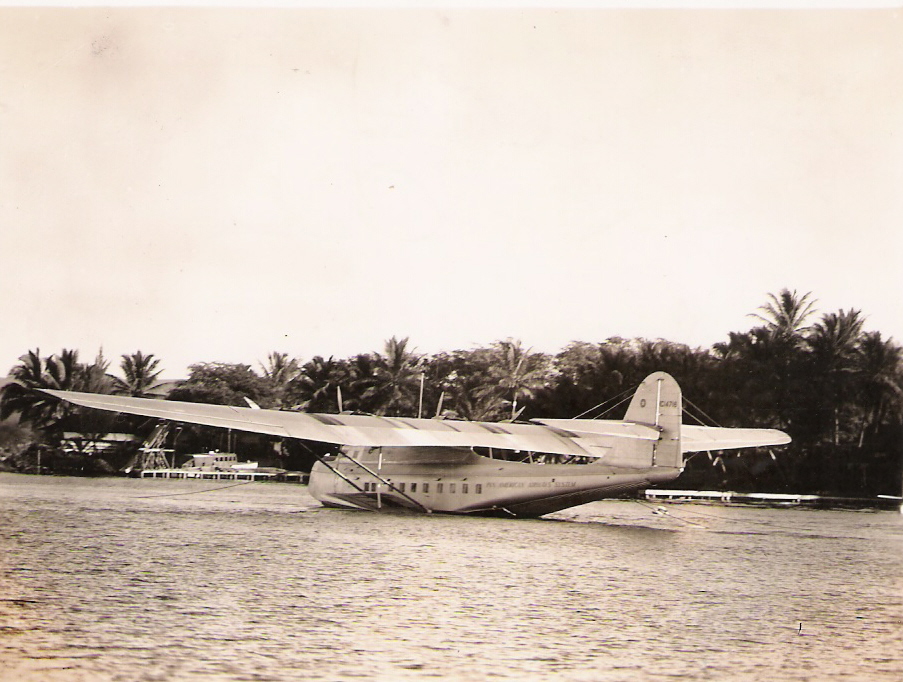 This first picture, taken on May 20, 1937, shows the China Clipper (tail number NC14716) at anchorage. The crews referred to her as “China”, each airplane having its own geographical name. Resting in full splendor, this six month old marvel is the largest American aircraft of the day.

These next two pictures are the “Pan American Clipper III” (tail number NP823M) a Sikorsky S-42B aircraft. This particular airplane is quite significant for several reasons. She was the second S-42 built in 1933 but she went back to Sikorsky two years later for more powerful engines, increased wing span, and reconfigured cabin becoming a S-42B and Pacific ready. PAA chief pilot, Ed Musick made the first commercial flight to Hawaii in this aircraft on April 16, 1935 breaking all kinds of records. It served as the “scout plane” on expeditionary trips around the Pacific in 1935, proving out sites for future Pan Am bases; Wake Island, Guam, and Midway. Pictured here on May 15, 1937, she already has two years of service in the Pacific.

Viewed from above the scale of the aircraft becomes visible. Later she was transferred to Pan Am’s Atlantic routes and was re-named “Bermuda Clipper”. Records show she was destroyed in Brazil during 1943- another causality of war.

Thanks Nick for sharing your Dad’s pictures with the rest of us.