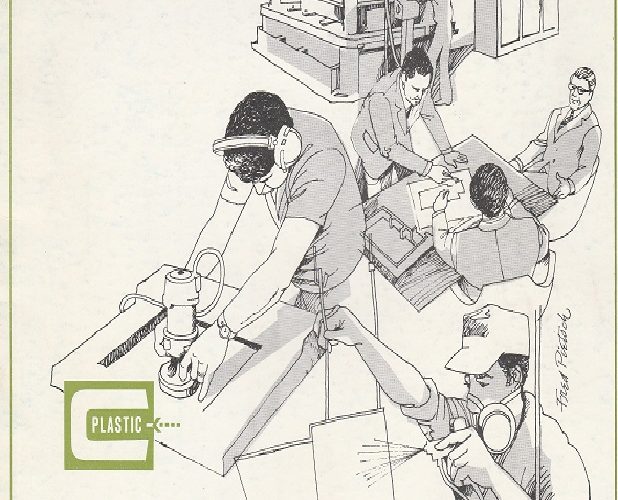 Cashiers Plastic was a leading custom molding manufacturer from 1969 to 2006. Located in an unlikely resort town in the Blue Ridge Mountains, it provided a unique background for excellence. 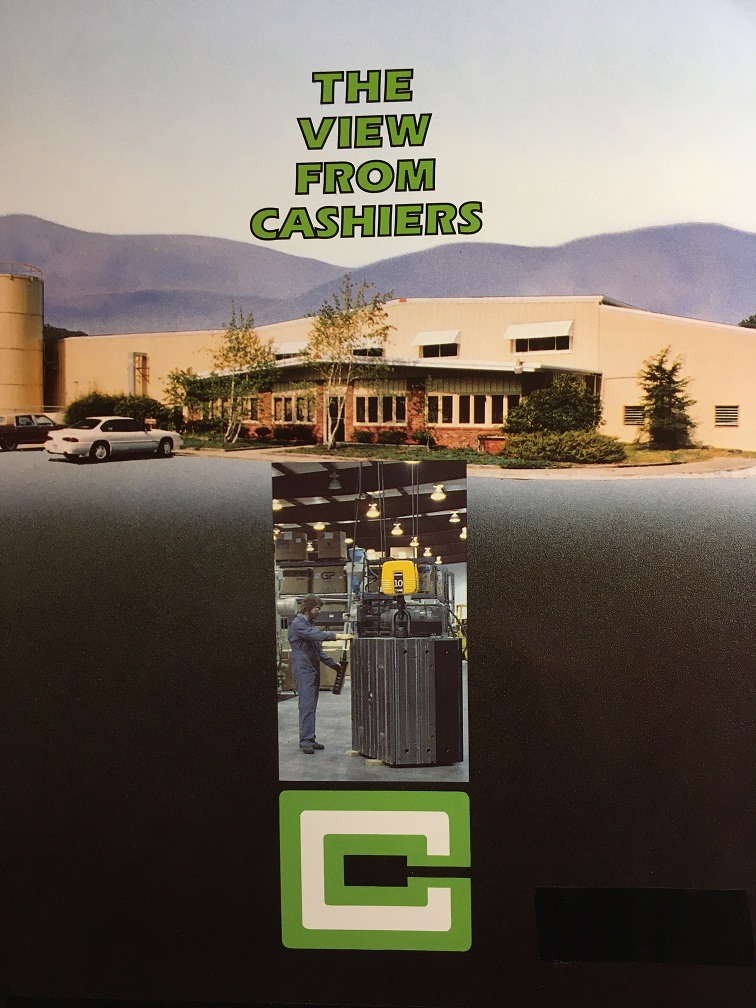 One Man’s Vision- Fifty Years On

This is a story about the Cashiers community and how one man’s vision created opportunity for a whole generation of local folks. We must also talk about plastics manufacturing to tell this story.

Cashiers Plastic Corporation was originally conceived by Michigan entrepreneur Ervin Baumrucker. During his career of running metal forming companies for the automotive industry, he longed for something new and different. As if sparked by the 1968 movie the Graduate, Baumrucker saw the future in plastics. Knowing little about plastics, he jumped in with both feet as he elected to go into the very newest thermoplastic technology, something called “Structural Foam”. The original goal of the specialized injection molding process was for wood replacement applications and in those days decorative furniture was to be the primary market. Furniture manufacturers were moving from Michigan to NC and this seemed perfect for Baumrucker’s plan to a start a company in the south. But where?

Cashiers NC was a sleepy little mountain town during the early 1950’s. The main attraction was High Hampton Resort. And it was High Hampton that first brought Erv and Janet Baumrucker to Cashiers. They fell in love with these mountains and soon owned a chunk of acreage in Whiteside Cove. During their visits to the community they also fell in love with the people of the Cashiers Valley. When the vision of plastics was forming in Baumrucker’s head, it included the hard-working friends he had made in Cashiers. 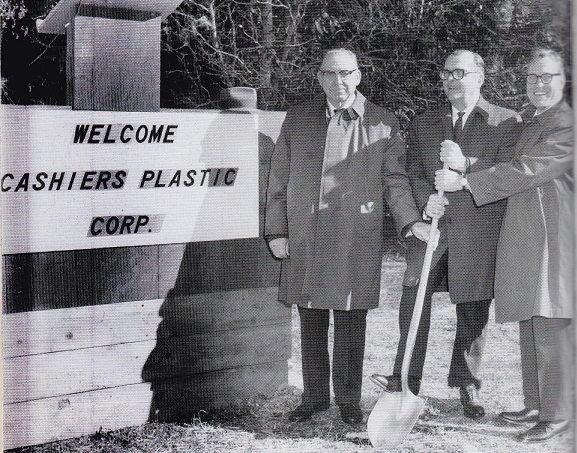 Baumrucker organized his investors and founded Cashiers Plastic Corporation; breaking ground for the new plant in December 1969. There are many stories about how Mr. Baumrucker recruited employees from the community. As an example, he hired the mechanics from Hunter Garage and turned them into molding technicians and maintenance engineers. Many of those original employees stayed with the company right up to the end. 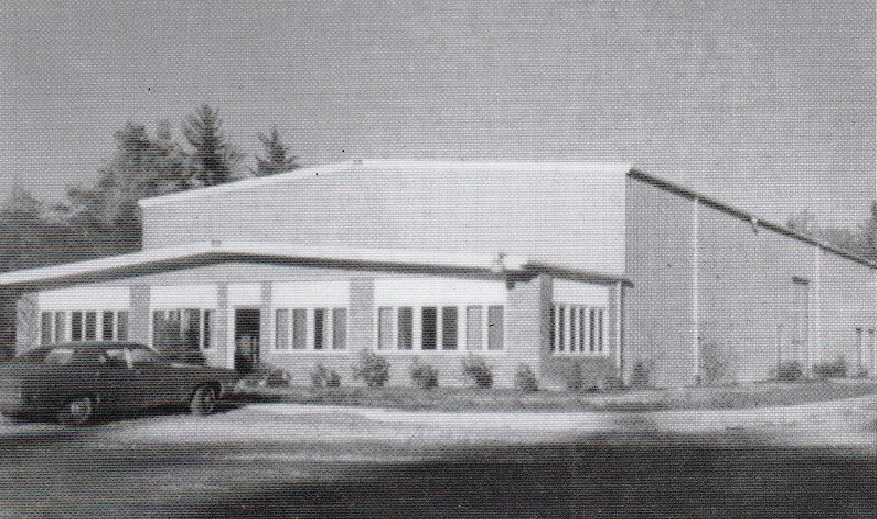 Within months the company gained expertise in the new process rivaling any other molder in the country. During the early and mid 1970’s the company’s customer list grew to include many Fortune 500 companies. Representatives from these companies would visit Cashiers and always left with a different impression Appalachia. There are many great stories about them trying to find an alcoholic beverage or getting lost on back roads in “Little Canada”. Over the years, Baumrucker’s “hillbillies” became quite sophisticated and gained international recognition for technology and process innovation.

The Cashiers NC plant is historically significant to the plastics industry for many reasons. The company pioneered at least four new plastic molding processes over the years. In 1980, a completely new process was invented and patented by Baumrucker and his staff. This novel technology is called Counterpressure. The world’s first production counterpressure parts were made in Cashiers in 1981. Forty years later, Counterpressure technology is still on the leading edge of plastics molding. The process was featured in many trade magazines and the topic at many technical conferences. Initially, in 1968, Baumrucker bought one of the first licenses issued for the structural foam process. Within ten years the structural foam process had become a huge industry accounting for hundreds of millions of pounds of plastic products. Cashiers was right there on the ground floor and by 1979 employed 230 people. The Cashiers facility was an early adapter of later technologies, co-injection molding, gas assisted molding, and in-mold lamination.

During the 1980’s under ConMet ownership the company expanded with a new plant in Chandler Arizona. Many of the original Cashiers team transferred to start-up and run the Arizona plant. That plant was closed in 1987 and the equipment was consolidated back to Cashiers. Lessons from that first satellite plant led to much more successful ventures in Bryson City, NC, and Canton, NC, years later.

The final chapter has been written for the Cashiers plant; it was a victim of its own success. While plastics manufacturing is gone from Cashiers and Jackson County, surrounding communities will continue to benefit with hundreds of manufacturing jobs. Mr. Baumrucker’s business that started in Cashiers in 1969 expanded to Bryson City NC in 1995, and then to Canton NC in 2006. The Plastics Division of ConMet has become the gem of its businesses, with a long history of profitability and return on investment. 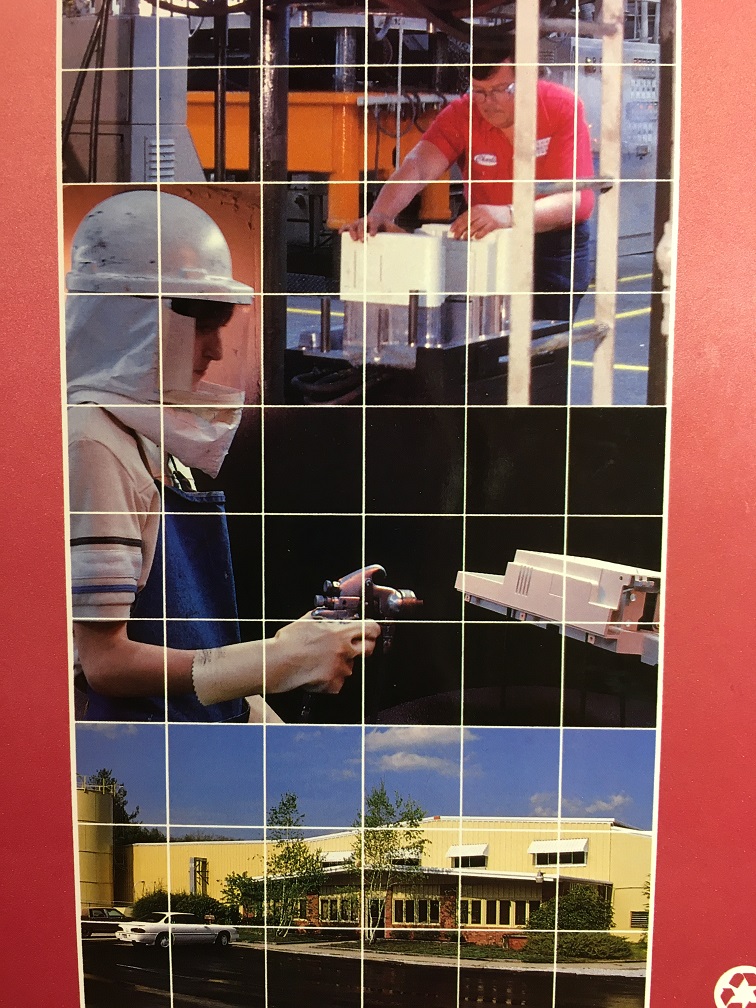 After 50 years one man’s vision lives on.

Milestones accomplished by the Cashiers’ team:

• In 1968 Baumrucker approached the Jackson County Economic Development Office which along with a group of Cashiers local investors funded the venture. Ground is broken in December of 1969. The original economic development bond was repaid in 1974, six years ahead of schedule.
• In 1968 Cashiers becomes one of the original seven licensees of the Union Carbide Structural Foam Process.
• The first part molded is the “Scandia” TV base for Motorola- 1970.
• The plant started with a 10,000 sq ft steel building plus offices. This was doubled around 1972 and then doubled again before 1980. Then the new warehouse was added in the early 1980’s for a total of about 52,000 sq ft.
• During the 1970’s the major markets were: computer peripheral housings, television bases and cabinets, and decorative furniture.
• 1977- Cashiers Plastic becomes America’s first custom molding company to have co-injection structural foam capability.
• 1980-1984 Cashiers personnel developed and patented counterpressure structural foam- a process widely practiced today. SmoothSkin was a trademarked product name for counterpressure products.
• In 1980 Cashiers Plastic was acquired by Consolidated Metco Inc. of Portland Oregon.
• In 1982 a new Cashiers Plastics plant was built in Chandler AZ.
• During the 1980’s transportation became a major market including Freightliner and a unique Railroad Crossing made from structural foam. Retail display, exercise equipment, telecommunications, and speakers also became important markets.
• In 1990 Cashiers was an early adapter of gas assisted injection molding with Cinpres license and equipment.
• Sept 7, 1992- Cover story in Plastics News “Productivity means Cash for Cashiers!”
• Around 1995 the plastics operation expands to Bryson City.
• In 1998 the Cashiers plant added in-mold laminated (IML) decoration with an Engle vertical injection compression machine with technology from George Kauffman in Germany.
• In 2006 a third plastic molding plant is built in Canton NC with state-of-the-art equipment, building, and technology.
• January 29, 2007 issue of Plastics News magazine documents Cashiers’ invention of the Counterpressure process in a feature article on emerging technology.

Steve Ham is a former member of the Cashiers Plastic Team and a consultant to the plastics industry. 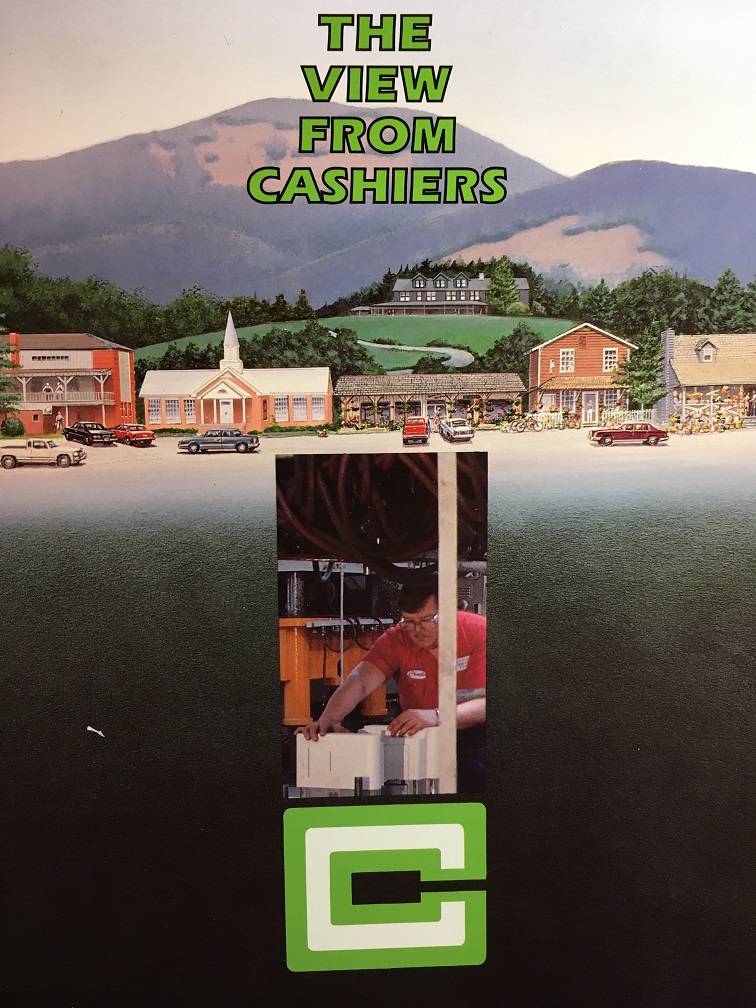