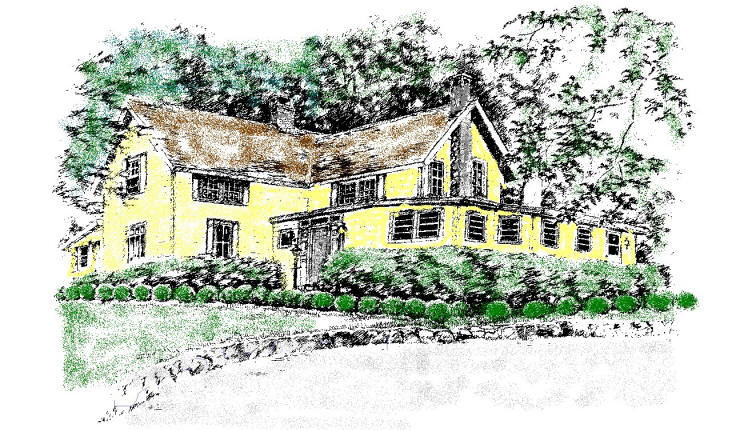 We usually just call it “Our House”. She is a grand old Victorian and has also been called:

Welcome to the official web page for the Ham family residence. The home has a long history both for the town of Highlands and our family. It is located on a beautiful property right in town. Within five blocks can be found main street, Performing Arts Center, rec-park, conference center, ballpark, biological station, Kelsey trail, and most other town amenities. It sits on the crest of the ridge at Hickory Street with a view overlooking Main Street and Satulah Mountain. to the south. A barrier hedge of native Rhododendron of provides privacy and a country setting. The original house has had four major additions over the years. The home is one of several recognized in the “North Highlands Historical District”. 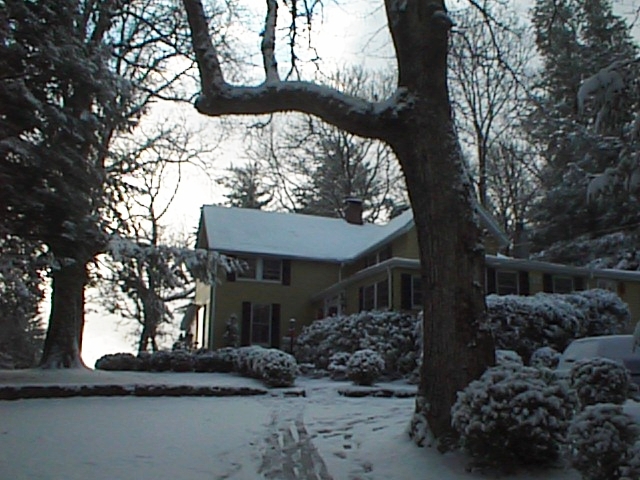 In 1892 to 1893, Barak Wright was the builder of the original house. Barak was the father of Charlie Wright, who was famous for his rescue on Whiteside Mountain. His level headed action saved a friend from death and earned Charlie the Carnegie Award for Heroism.

In 1909 Mrs. Froneberger was one of the original donors to “The Satulah Summit Purchase”. Joining Margaretta Ravenel and dozens of other Highlanders, $500 was raised and the summit of Satulah Mountain was saved from future development. The resulting land trust was one of the earliest environmental land trusts in America.

Mrs. Froneberger’s son lived in the upstairs room over the kitchen. He was declared non-compos mentis. Those who knew him said he was a little different.

During May of 1956, J. McKinney constructs the stone wall around the house and driveway along with the unique outdoor fireplace with grill and smoker.

In 1970, the Mehder family donated the furniture in the house to their son’s fraternity at Western Carolina University. Clyde Mehder was shocked to pull up to the house and see a dozen fraternity brothers handing the upstairs furniture out the windows directly to the yard.

“Hero on Fool’s Rock”, a book about Charlie Wright’s Whiteside Mountain rescue of Gus Batty, written by Bill Merit, was published in 1975 the year Bill moved into our house. The house was built by Barak Wright decades before the act of heroism.

In 1978, Griffin Bell Jr. and his family spent the night in the upstairs rooms. During a visit to look at real estate, they were house guests of Henrietta Merit, the broker involved. At the time, Griffin’s father was Attorney General of the US.

March 12, 1993, the home survives the storm of the century with only wood heat. Thirty six inches of snow and 50 mph wind brought down five trees in the yard but there was no damage to the home. The power was out for eight days and the night time temperature was well below 0ºF, yet the water never froze.

In 1996, Steve and Beth Ham held an open house on July 14 and several previous owners were represented. Mary Louise McLauren had been a frequent visitor to Mrs. Thompson and rented the home during the summer of ’41. Louise Royal is the daughter of the Wood’s family. She was accompanied by her husband Lew. Clyde and Charlotte Mehder dropped by. Karen and Terry Potts had a special connection. Karin is Jim Scott’s daughter and grew up in the home. Bill Merit walked over from his place on Martha’s Lane and kept the group entertained.

In 2005, Eddie Lyons from Westminster, SC, and his sister Mary Lou from Six Mile, SC, pulled in the driveway. They are members of the Lyons family and had fond childhood memories of summers at Lyonwood. Beth Ham graciously gave them a quick tour of the home.

On August 8, 2007, an email was received from a web surfer who discovered this web site. Here it is:

“Hello Steve, my name is Jeff Mueller the grandson of Hilbert Mueller who owned the house in the sixties. What a joy it was to find your web page on this incredible house. I have so many fond memories of childhood vacations there. We just put our eight mm films on dvd so our family watched them together this past Sunday, and there was so much footage of the house and driveway it’s obvious now how much my dad loved it. Thanks for sharing its history.” -Jeff Mueller 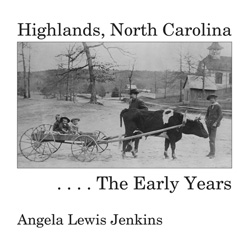 pictorial history of Highlands. The house has its own page under the name Smith-Cralle House wherein the Froneberger school is described.

On July 28, 2011, along with the North Highlands Historic District, the home is listed in the National Register of Historic Places.